Praise for ‘Elegy for the Arctic’

Five years have passed since the making of Ludovico Einaudi’s famous video for Greenpeace. Now more than ever, the world needs immediate action to protect our seas.

Summer: a time for swimming, tanning and eating fried seafood. Once we’re tired of lounging on the beach, all it takes is a pair of goggles to explore the colorful floor of our seas, swarming with painted combers, diplodus and ornate wrasse. But have you ever swum in the sea of a Marine Protected Area (MPA)? For example, in Pianosa, a small deserted island south-west of the isle of Elba, it is possible to swim in waters that have been untouched for 150 years. The staggering result is to witness how our seas would look if they were healthy, which feels disarming and fascinating all at once. Huge schools of juvenile (baby) barracudas by the shore, gigantic gilthead bream drawing close to curiously look at the human intruders, groupers and stingrays swimming close to each other. A veritable sanctuary. The disarming feeling it generates comes from realizing how much our seas are truly suffering. The fascination, from noticing how living creatures, in a protected environment, don’t show us any mistrust, openly demonstrating their curiosity as well as their complex behaviors.

Five years ago “Elegy for the Arctic” was born, the now-famous joint project between Ludovico Einaudi and Greenpeace, in which the well-known composer openly supported the creation of the largest MPA in the world, in the Arctic Sea. A 16-million hit video, which in a short time managed to shift the opinion of the international community, bringing images and music in support of data which is often perceived as cold (pun intended) and distant.

In November of that same year, the Sea of Ross, on the opposite side of the world from the saltwater body which Ludovico and Greenpeace are fighting to protect, did create the largest Marine Protected Area on the planet: 1.55 million square kilometres, which less than a year later, in 2017, was exceeded in size by the newly-created MPA in the Arctic Sea, an area larger than the whole Mediterranean Sea, though with an “expiry date” of sixteen years, after which it is hoped that international political pressure will make it permanent.

A victory for whoever is fighting to protect our planet, but we are still aiming far too low even for the bare minimum safeguarding of our seas. Some of the data is truly terrifying: the reduction in marine life and the exponential rise in plastic waste will lead, in the very short term, to more plastic than fish in the sea by the year 2050. The damage caused by the rise in plastic waste is made worse by harmful, intensive and industrialized fishing practices, which sweep the seafloor leaving it barren and picking up everything they find in their wake, with the terrifying and counterintuitive result of throwing back into the sea 8 out of 10 (dead or dying) fish because they are regarded as unsellable.

The European Union has set itself important goals, such as the 30X30 project aiming to create MPAs covering 30% of the Union’s marine territory by 2030, and which for now has reached a decent result with 12% (though the real data is much less reassuring: a mere 1.8% have plans for the management of MPAs which show that these marine areas are actually protected).

It would be easy to delegate all responsibility to governments, to the European Union and to the competent bodies, however as it often happens, much of the responsibility actually lies in our hands: our massive dependency on single-use materials, our rampant consumerism of completely unnecessary items such as non-biodegradable coffee pods, our constant race to acquire new entertainment technologies and our penchant for fast fashion.

To this we must add a food market which hasn’t changed since the 1960s, when sole, tuna and swordfish were still common, and market forces incapable of understanding and intercepting those 8 out of 10 fish which are thrown back overboard once killed, but which are often of good quality and could be sold at a cheap cost.

Another world, however, is still possible. Our power as consumers alone, guided by informed knowledge and awareness, might push the fishing industry towards more sustainable choices. Further change could be sparked by great artists who inspire us with their work and gather our minds towards a common goal, just as Ludovico did.

Our seas have shown their incredible resilience and their ability to bounce back quickly. They only need to be seen no longer as an inexhaustible resource, but as a habitat to be sensibly managed and protected. We have learned it from the small island of Pianosa, which in its mere 11 square kilometers of size constitutes a nursery for the whole Tyrrhenian Sea, constantly enriching the fishing reservoirs of the surrounding marine territories while at the same time moving the hearts and minds of those who are lucky enough to visit. In conclusion: now more than ever, we need more Elegies for the Arctic.

the largest MPA in the world
30X30
MPAs in Europe

More than 20 years have elapsed since the release of “I Giorni”, Ludovico Einaudi’s last piano solo album. In a sense, “Underwater”, his new album slated for release on January 21st with Decca Records, is a sort of return to origins for the Piedmontese pianist-composer, who for the occasion has gone back to the core of his own music. 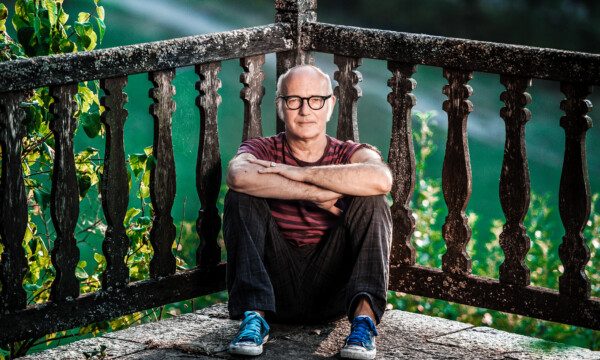 Undiscovered and Movies, a Pairing Worth Discovering

As we wait to be delighted by his new composition, why not discover or rediscover Ludovico Einaudi’s previous two albums, released between 2020 and 2021? 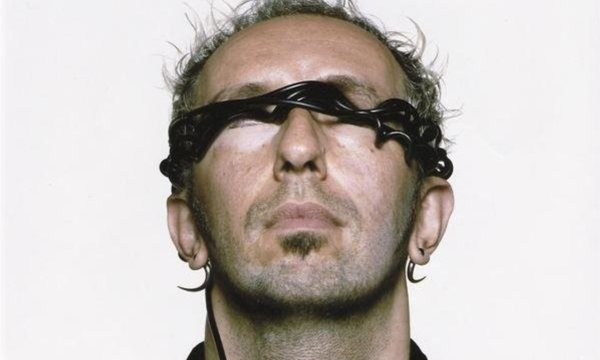 Mercan Dede: “If You Want to Make God Laugh, Make a Plan”

A quick chat with Mercan Dede, AKA Arkın Ilıcalı. The eclectic Turkish-Canadian musician is about to release the third chapter of his two-volume collection entitled “Ludovico Einaudi: Mercan Dede Reimagined”. 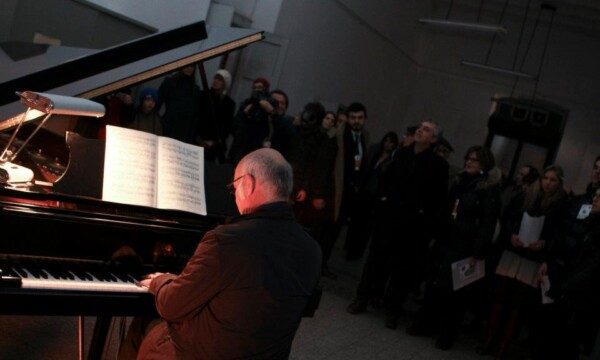 A podcast recorded entirely in English offers a glimpse of what goes on behind the scenes of Ludovico Einaudi’s music, and the reasons for his international success.